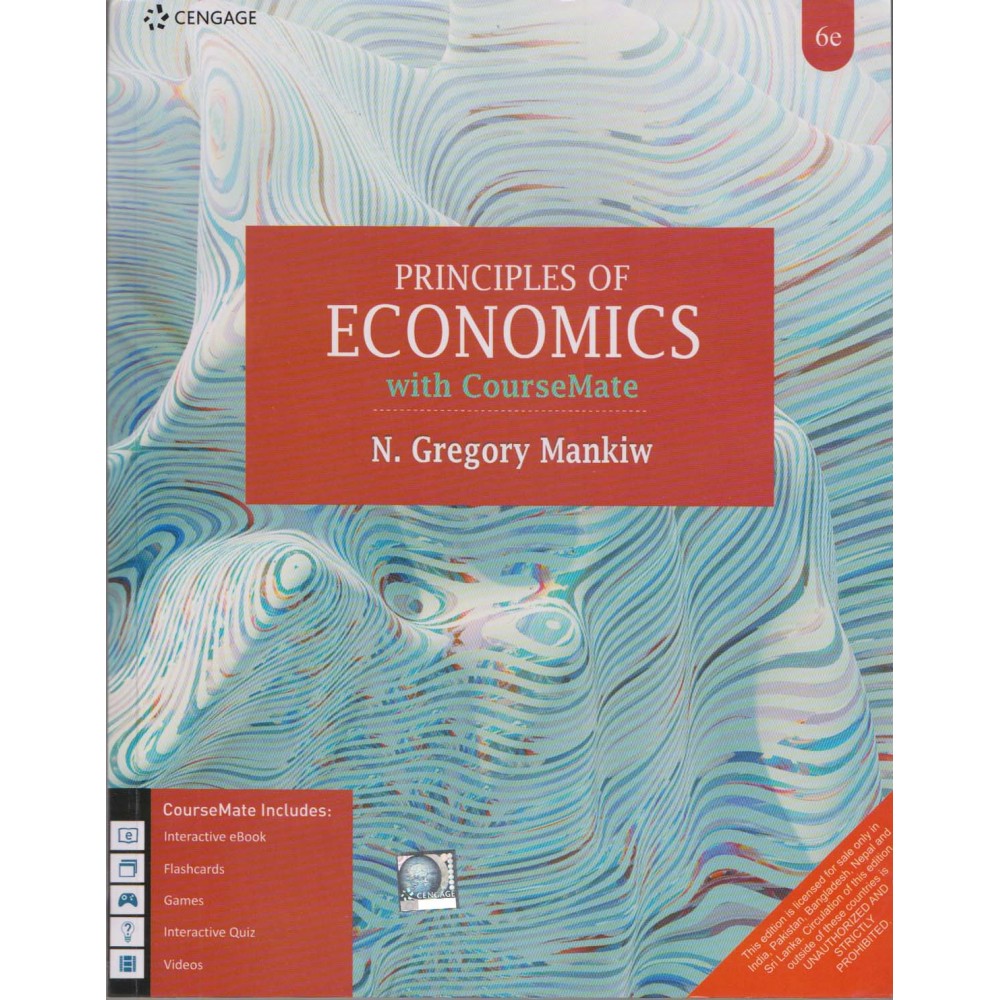 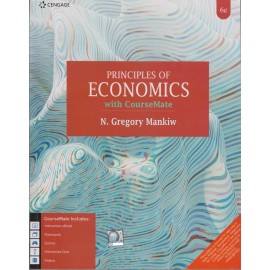 PRINCIPLES OF ECONOMICS, Sixth Edition, became a best seller after its introduction and continues to be the most popular and widely used text in the economics classroom. Instructors found it the perfect complement to their teaching. A text by a superb writer and economist that stressed the most important concepts without overwhelming students with an excess of detail was a formula that was quickly imitated, but has yet to be matched. The sixth edition features a strong revision of content in all thirty-six chapters. Dozens of new applications emphasize the real-world relevance of economics for today’s students through interesting news articles, realistic case studies, and engaging problems. The premier ancillary package is the most extensive in the industry, using a team of instructors/preparers that have been with the project since the first edition.

3. Interdependence and the Gains from Trade.

4. The Market Forces of Supply and Demand.

5. Elasticity and Its Application.

7. Consumers, Producers, and the Efficiency of Markets.

8. Applications: The Costs of Taxation.

PART IV: THE ECONOMICS OF THE PUBLIC SECTOR.

PART V: FIRM BEHAVIOR AND THE ORGANIZATION OF INDUSTRY.

13. The Costs of Production.

PART VI: THE ECONOMICS OF THE LABOR MARKET.

18. The Markets for the Factors of Production.

21. The Theory of Consumer Choice.

PART VIII: THE DATA OF MACROECONOMICS.

24. Measuring the Cost of Living.

PART IX: THE REAL ECONOMY IN THE LONG RUN.

26. Saving, Investment, and the Financial System.

28. Unemployment and Its Natural Rate.

PART X: MONEY AND PRICES IN THE LONG RUN.

32. A Macroeconomic Theory of the Open Economy.

34. The Influence of Monetary and Fiscal Policy on Aggregate Demand.

35. The Short-Run Tradeoff between Inflation and Unemployment.

N. Gregory Mankiw is Professor of Economics at Harvard University. He has taught macroeconomics, microeconomics, statistics, and principles of economics. Professor Mankiw is a prolific writer and a regular participant in academic and policy debates. His research includes work on price adjustment, consumer behavior, financial markets, monetary and fiscal policy, and economic growth. His published articles have appeared in academic journals such as the AMERICAN ECONOMIC REVIEW, JOURNAL OF POLITICAL ECONOMY, and QUARTERLY JOURNAL OF ECONOMICS and in more widely accessible forums including THE NEW YORK TIMES, THE WASHINGTON POST, THE WALL STREET JOURNAL, and FORTUNE. In addition to his teaching, research, and writing, Professor Mankiw has been a research associate of the National Bureau of Economic Research, an adviser to the Federal Reserve Bank of Boston and the Congressional Budget Office, and a member of the ETS test development committee for the advanced placement exam in economics. From 2003 to 2005, he served as chairman of the President's Council of Economic Advisers. In addition, he maintains a very popular blog for students of economics at http://www.gregmankiw.blogspot.com.