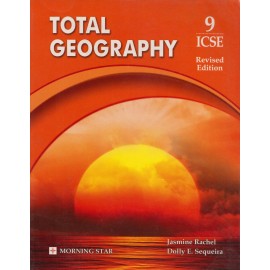 (i) Earth as a planet – shape, size and its uniqueness in the solar system. Shape of the earth – proofs from the earliest days till today. Size of the earth in proportion to the other planets and the unique position of the earth. Measurements of the earth. Earth as the home of humankind and the conditions that exist here.

2. Structure of the Earth and Internal Processes

(ii) Landforms of the earth – mountains, plateaus and plains. Types of mountains, types of plateaus, types of plains - structural, erosional, depositional. Examples from the world and India. World map showing the distribution of these features as listed.

(i) Composition and structure of the atmosphere. Diagrammatic representation of atmospheric layers; as Troposphere, Stratosphere, Ionosphere and Exosphere; ozone in stratosphere, its depletion. Global warming and its effects.

7. Natural regions of the World

A question will be set to locate and label the following information on an outline map of the world.