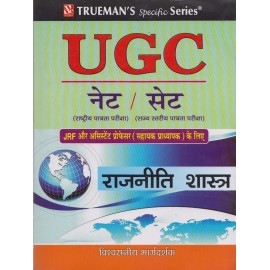 Evolution of Comparative Politics as a discipline; nature and scope.

The Combined Defence Services (CDS) examination is conducted twice in the month of February and September by the Union Public Service Commission (UPSC) for recruiting officers into various Technical a..

Reasoning is equally weighed section in any competitive examination. Reasoning tests the thinking power and mind applicability skills of the candidates. The questions on reasoning asked in various com..

About the BookAs long as mankind is living on this planet, science will live and as long as human needs are present, technology will advance. Twenty first century will see a tremendous advancement in ..

Author InfoAn editorial team of highly skilled professionals at Arihant, works hand in glove to ensure that the students receive the best and accurate content through our books. From inception till th..

Author InfoAn editorial team of highly skilled professionals at Arihant, works hand in glove to ensure that the students receive the best and accurate content through our books. From inception till th..

The Management Aptitude Test (MAT) is conducted by the All India Management Association (AIMA) to facilitate Business Schools (B-Schools) to screen candidates for admission to MBA and allied programme..

Data Interpretation & Data Sufficiency which is an equally weighed section in many competitive examinations tests the thinking power and mind applicability skills of the candidates. The questions ..

HERE's the new, 18th Edition of the widely accepted textbook on Indian Economy for undergraduate students (BA and BCom Hons.) incorporating the latest recommended readings. The book provides a compreh..

Liberalization of the banking sector has created many great job opportunities in different departments for various posts. IBPS conducts Specialist Officer Main Exam for IT Officers as part of Common R..

About the BookThe Common Law Admission Test (CLAT) is conducted by National Law Universities (NLU) as an entrance to their Under Graduate degree programmes in legal studies. Present guide, Compl..

About the Book Common Admission Test (CAT) is considered to be the most significant of all MBA Entrance Exams giving admission to management programmes at more than 5000 seats i..